In an ever-shifting landscape of options, it's important to recognize changes in international travel for the LGBTQ+ community. And 2022 is a big year for trans folks traveling internationally.

Most look to New York City as the birthplace for the modern LGBTQ+ rights movement, and while the USA has been one of the most avant garde countries on this front, in many ways we have come late to the party, behind other nations. The USA was not the first to recognize same sex unions or legalize gay marriage, or protect the LGBTQ+ community from targeted discrimanation, or issue non-binary passports or other official identification documents, or even to abolish old sodomy laws.

Did you know that you no long need to choose between having an 'M' or 'F' on your US passport? As of April 2022, US travelers can now choose an 'X' for their gender marker on their passports. This clearly calls for celebration to recognize those who have fought for these nonbinary gender options. At the same time, we encourage students to consult a study abroad advisor if they have a nonbinary gender marker on their passport or plan to apply for one; some countries will be more open for you than others.

No country has arrived at equal rights or equal protection in practice—even if in law—but here are are a few standout destinations for the adventurous.

Sweden tops the list in Europe and it has stiff competition. Allowing same-sex marriage, offering strong protections, and more, Sweden nabs the top spot across the pond.

An honorable mention is the Netherlands, the first country to permit same-sex marriage. Netherlands residents share many of the same rights and protections as Sweden.

This is a close call among rivals in the South. Chile finishes in the lead after legalizing same-sex marriage and adoption in 2021 on top of many pre-existing protections.

An honorable mention is specifically Mexico City, Mexico's capital with its Zona Rosa, or "Pink Zone." The capital city is the most progressive across the country.

This might surprise many, but Taiwan tops the list for Asia. Some might look across the water at a few better known countries, and while some have better recognition of trans individuals, Taiwan is the most well-rounded in Asia right now with same-sex marriage, stronger protections than their neighbors, and better safety.

What can we say? New Zealand might top the list but Australia is a top destination, too. Both are leaders in the region and globally on LGBTQ+ rights and protections

South Africa leads the continent by quite a margin with legalized same-sex marriage, stronger protections than almost any other place across the continent.

Israel might surprise some as a destination for LGBTQ+ travelers, but it stands out in the region for stronger protections for trans individuals, firmer protections, and same-sex adoption while giving access to the region.

Our neighbor to the north may be the most friendly study abroad destination for LGBTQ+ students. Check out Canada's opportunities.

While Italy might be more conservative than its northern neighbors, the University of Bologna has had a strong pull on students interested in internships or political science courses connected to LGBTQ+ movements regionally.

Please reach out to the study abroad advisor for questions about a specific program or country. You may also be interested to check out the LGBTQ+ and Study Abroad page.

Ready to apply? Head over to the MyStudyAbroad Portal to begin your find your progam and being your application today. 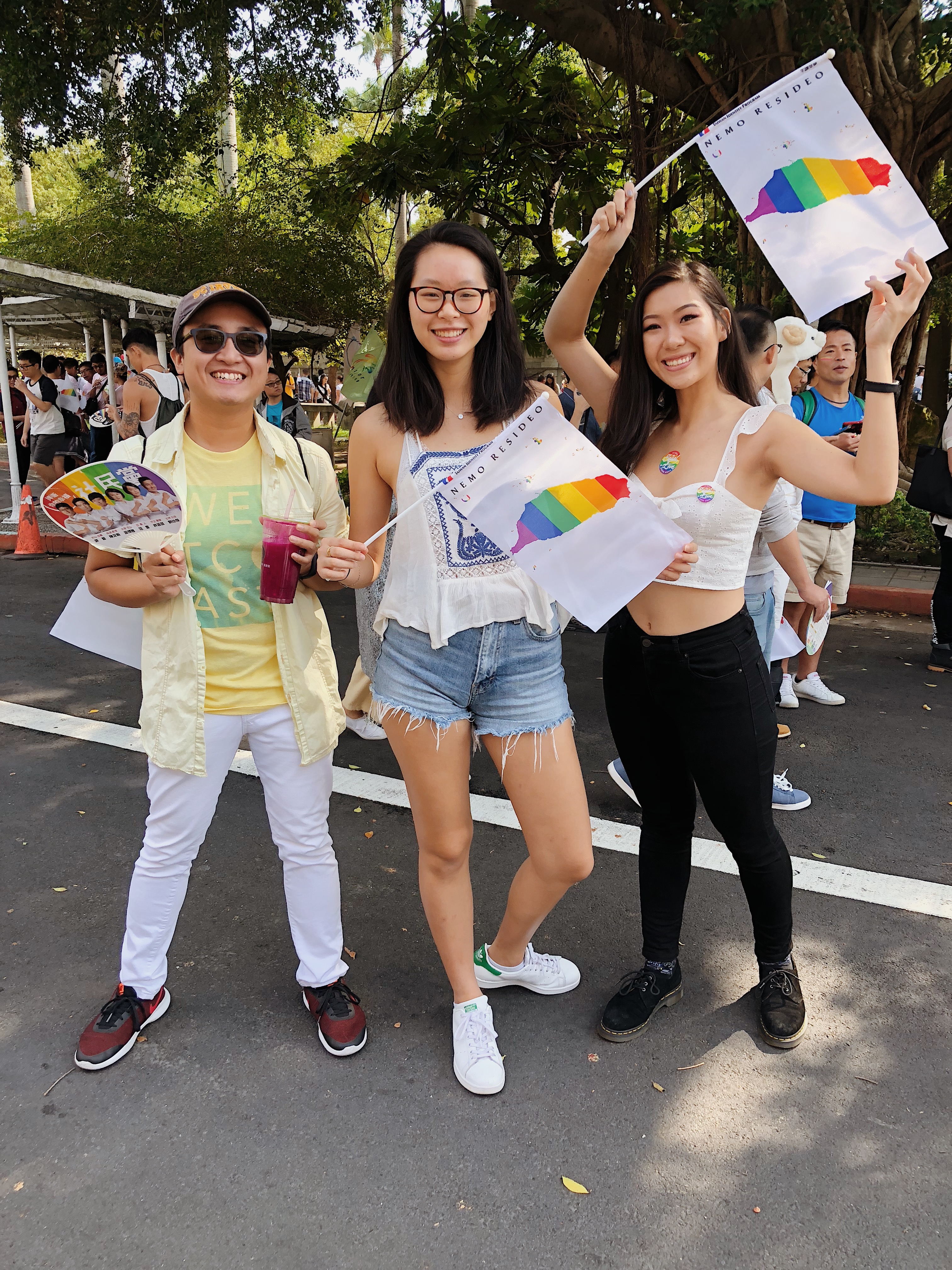 Learn more about studying abroad as a member of the LGBTQ+ community. 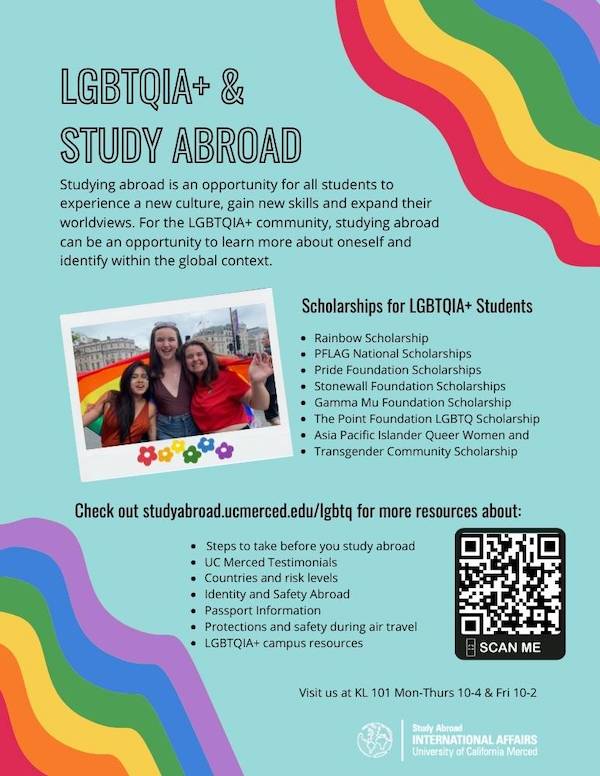